If I am not a Mexican, is it possible to purchase property in Mexico? 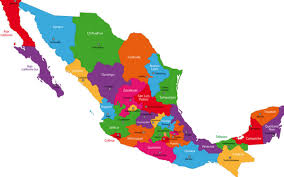 A fideicomiso is a real estate trust held on your behalf by a Mexican bank. The bank acts as the Trustee, and you and those you designate are the Beneficiaries of the trust. As the beneficiary of the trust, you maintain complete control over it, retaining the use of the property and making all investment decisions. A fideicomiso is not a lease, it bestows upon the Beneficiary of the Trust (you) absolute and irrevocable control over the property: to enjoy, lease, improve, mortgage, sell, and inherit.

The Trust is initially established for a period of 50 years and can be renewed at any time by a very simple form and a nominal fee. The trust is set in 50-year increments guaranteed renewable for perpetuity. The current cost is about $500 USD

The fideicomiso is to allow foreigners to buy Mexico real estate inside the “restricted zone,” and ensure a safe and secure transaction. The “restricted zone” is any land within 31miles (50 km) of the coastline and 62 miles (100 km) of the borders. The Mexican constitution was designed to protect their land and prevent the kind of massive land loss they had endured through their history. Rather than amend their constitution, Mexico created and added the fideicomiso to encourage foreign investment in the highly desirable areas, particularly along the coastline.

Option #2 Buying through a Corporation

Your best option is to purchase property through a corporation if the intent is to conduct the investment as a business. This would be the case in situations such as buying and selling land, renting their property or when owning more than one property.

Either of the two forms of acquiring property is conducted by a Mexican notary (Notario Publico) who is a licensed attorney, certified by the state and Federal government to act as an official and unbiased representative of the government of Mexico. A Mexican notary has a much great responsibility than a notary from abroad, for example, the notary has passed stringent exams required by the Mexican government and is a government official. They provide strict security of original records and documents and they record the documents with the Public Registry of Property. A Notary’s role is taken very seriously in Mexico in that the Notary could be held liable in both civil and criminal terms. The notary performs a variety of tasks including the authentication of legal documents, the calculation of capital gains tax and is responsible for ratifying ALL real estate transactions in Mexico. Any real estate transaction not ratified before a notary and duly recorded in the Public Registry is considered invalid and not enforceable. In a real estate transaction, the notary is equally responsible to the buyer and the seller and ultimately responsible to the Mexican government. Their job is to ensure the legality of the transfer of title, to calculate and retain the seller’s capital gains tax on behalf of the government, collect the purchaser’s acquisition tax and pay it to the Department of Foreign Affairs, coordinate appraisals, certificates of no liens, certificates of no debt and request all corresponding permits. After the closing, the Notary must record the transaction at the Public Registry.

We welcome you to our blog or News section of this website and hope you find all the information you need.

Feel free to contact us anytime so we can schedule a tour for you.